The Battle for the Best Virtual Assistant

Apple’s Siri may be leading the charge for personal assistants right now, but Amazon and Google are quickly gaining ground with their own AI devices.

The Wall Street Journal reports on the ongoing competition. 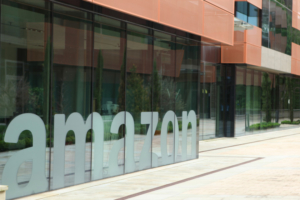 The companies bring different strengths to the fight. Because of their dominance of the smartphone market, Apple, Google and Samsung have broad reach and enormous volumes of user data that they can use to train their assistants. Google, like Amazon, also draws data from its own home speaker, which uses the Google virtual assistant. Microsoft’s Cortana is mainly available on computers running Windows 10.

Amazon draws its user data primarily from its retail website, which gives it an edge for shopping and related tasks. It also currently dominates in smart speakers—its Echo has about three-quarters of the U.S. market for such devices, with more than 11 million sold through the end of last year, according to analyst estimates.

Amazon also has been aggressively signing deals with other companies to add Alexa to products ranging from Ford Motor Co.cars to Sears Holdings Corp.’s Kenmore refrigerators. Samsung has outlined a similar vision for its recently launched assistant, called Bixby.

Google said this week that it would open its assistant to other speaker makers including Sony Corp. , and to appliance makers like LG Electronics Inc., to incorporate the assistant into dryers and vacuums.

Google also is taking aim at Amazon’s e-commerce stronghold with a partnership announced last month with Wal-Mart Stores Inc. to let users of its Google Express shopping service order from the retail giant by voice via Google’s virtual assistant.

Amazon, meanwhile, announced a deal this week with Microsoft—its fierce rival in the business of cloud computing—to link their virtual assistants so that people could, for example, use Alexa to access Microsoft’s Cortana and check their calendars in Outlook.

Apple, in addition to rolling out a smart speaker, increasingly is enmeshing Siri in its Mac and iPhone operating systems.

The fight for the best AI assistant is far from over. In fact, it’s just getting started.