Cyber Attacks: The Latest Hacks and Some Solutions

Cyber security is the biggest issue facing the United States right now, but attacks keep occurring. Just this past week, the Wall Street Journal reported a slew of attacks on American political structures and businesses worldwide. 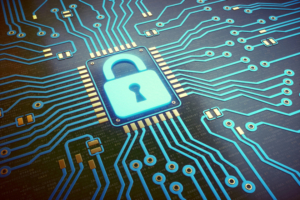 South Carolina reported hackers attempted to access the state’s voter-registration system 150,000 times on Election Day last November—part of what former Homeland Security Secretary Jeh Johnson alleges is a 21-state attack perpetrated by Russia. And U.S. intelligence officials alleged that agents working for the United Arab Emirates planted false information in Qatari news outlets and social media, leading to sanctions and a rift with Qatar’s allies. Meanwhile, Lloyd’s of London declared that the takedown of a significant cloud service could lead to monetary damages on par with those of Hurricane Katrina.

This is bad news, especially as Americans are increasingly moving all of their personal, social, and financial information on to the internet. But just as the internet is making it easier for people to store their information, it poses a new challenge in a dangerous and polarized global political landscape, according to WSJ’s report.

Businesses and individuals now are directly affected in ways that were impossible in the first Cold War. In another age, the threat of nuclear annihilation loomed over everyone’s heads, but the cloak-and-dagger doings of global powers remained distinct from the day-to-day operations of businesses. Now, they are hopelessly entangled. The often unfathomable priorities of terrorists, cybercriminals and state-affiliated hackers only make things worse.

The current climate of cyberattacks is “crazy,” says Christopher Ahlberg of Recorded Future, a private intelligence firm that specializes in cyberthreats. “It’s like a science-fiction book. If you told anybody 10 years ago about what’s going on now, they wouldn’t believe it.”

In the first Cold War, the U.S., China and the Soviet Union fought proxy wars rather than confront one another directly. In Cold War 2.0, we still have those—Syria and whatever is brewing in North Korea come to mind—but much of the proxy fighting now happens online.

Many fear that America will be hit by a “Cyber 9/11” if the United States does not act soon.  Some companies (most notably Microsoft) are calling for a “Digital Geneva Convention” to combat both national security threats and threats to private businesses and individuals.

“We need the tech sector, customers, and governments to work together to protect against cybersecurity attacks,” the company wrote. “More action is needed, and it’s needed now.”