In Sweden, drowning is the leading fatal accident for children aged 1-6. And with smartphone use on the rise, some wonder if the pull of screens renders parents less watchful in the subtly dangerous setting of the beach.

So Trygg-Hansa, an insurance company that has worked to keep people safe in the water for over half a century, decided to do something about it.

Called “Beach Mode” the campaign was designed to get parent’s gazes unglued from their phone screens – and free to watch their children while they play in the water.

According to the Drum:

The creative idea was to transform the problem (the smartphone) into the solution – by creating Beach Mode, a smartphone app that makes your phone completely inaccessible when you are at the beach with your children. No scrolling, no social media, no podcasts, and no phone calls. The only feature that works is emergency calls. Releasing the Beach Mode app gave Trygg-Hansa a platform that allowed them to get their message across: the importance of always keeping watch on swimming children at the beach. 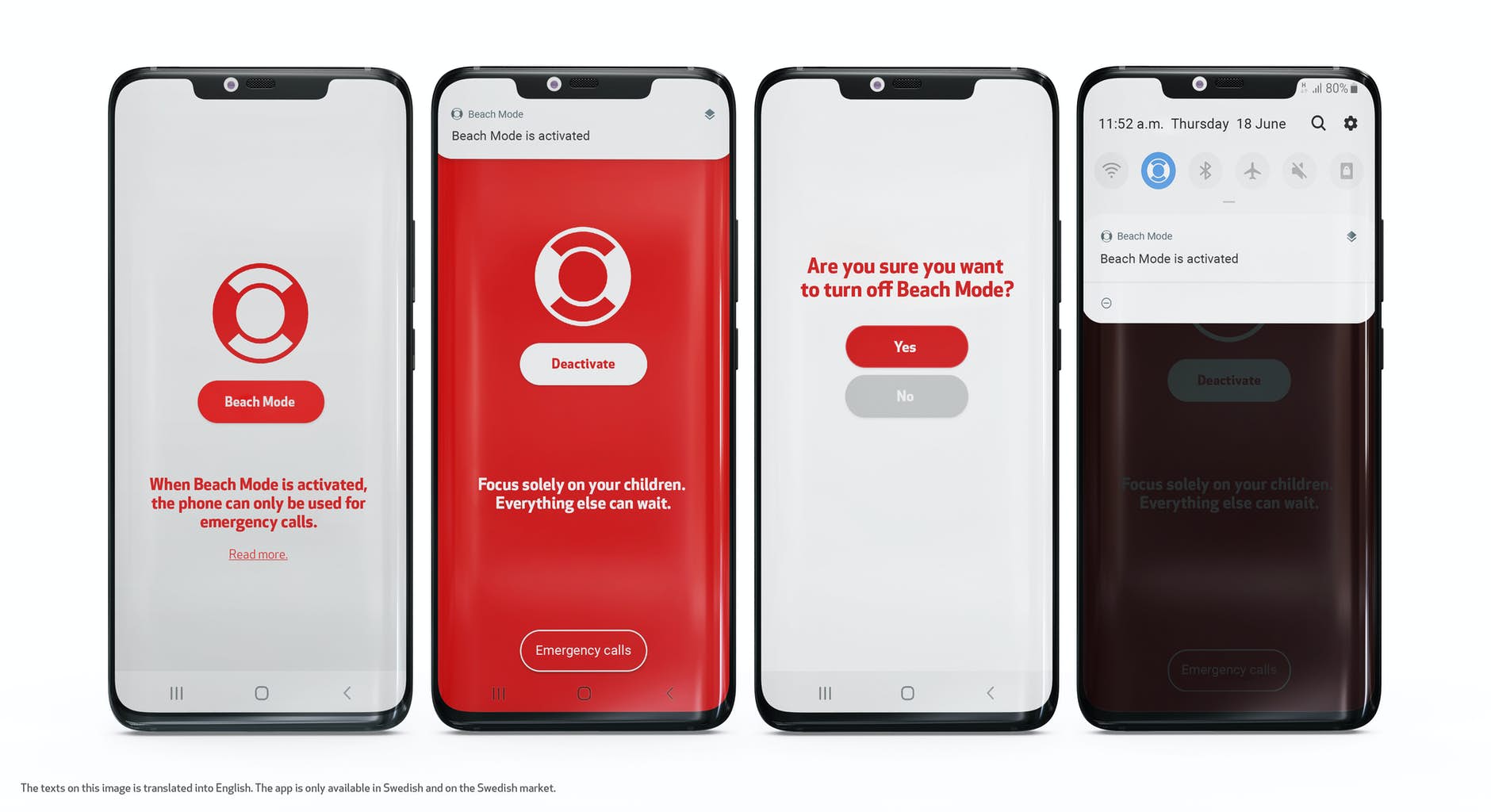 The company also put together a list of safety tips for parents at the beach and brought out drowning expert Andreas Claesson for interviews. Launched in June, the campaign received national attention – with everywhere from news outlets to influencers and mommy blogs sharing Trygg-Hansa’s safety tips for parents on the beach. It became the nation’s most-shared non-pandemic article of the summer.

And now, with the summer coming to a close, child drowning deaths are 31% below average, YTD. Of course, any discussion of additional variables contributing to this outcome were not discussed in the article, but regardless, the change is something to be celebrated.