150 Years Late: Heinz releases sauces for the first time ever in cheeky campaign

In a new tongue-in-cheek campaign, Heinz is releasing its first-ever collection of sauces. After 150 sauceless years, Heinz is giving the world seven varieties including Tomato Sauce for Bolognese; Sundried Cherry Tomato & Basil; Tomato & Chilli; and Tomato, Mascarpone & Grana Padano cheese, among others.

The company paid for a full-page ad in the Guardian for the campaign, poking fun at its own tardiness to the sauce party with the caption: “This is ridiculous.” 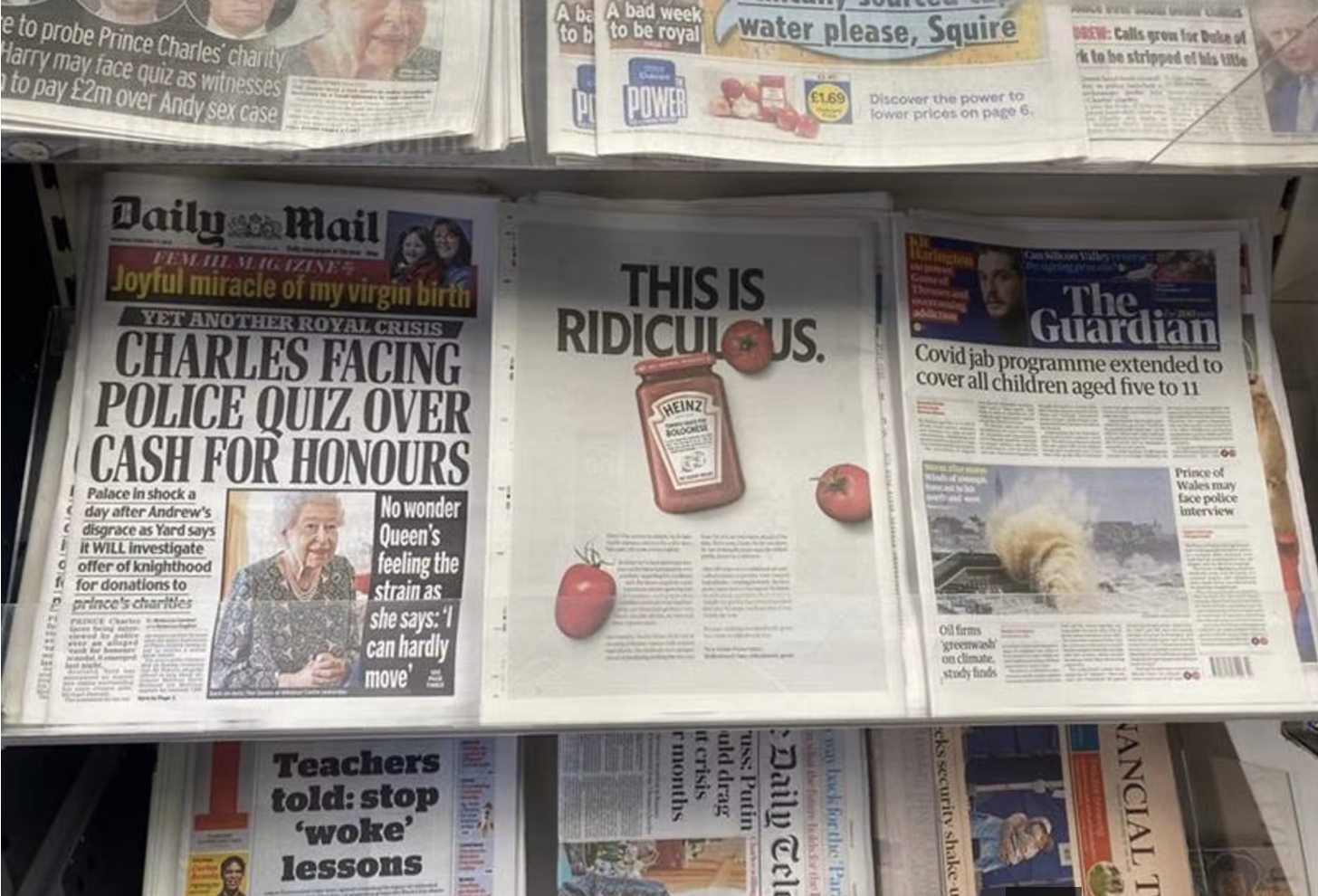 “It was natural to have launched a pasta sauce, but we didn’t. Yes, we are ridiculously late. The Wunderman Thompson collaboration and fresh eyes on our brand resulted in a powerful and simple campaign, that points up the iconicity of Heinz in a rejuvenated way without trying too hard. And the result is ridiculously good.”

“Consumers love it when a brand like Heinz has the ability to laugh at itself. Before now, the brand had never released a range of pasta sauces in the UK, despite the fact that spaghetti Bolognese is one of the most popular dishes in the world and the third most-consumed dish in the UK.”

The campaign is also being promoted across social and digital media and physical mediums, including a billboard in Leicester Square.